Cultural Heritage and the Concept of Dissonance 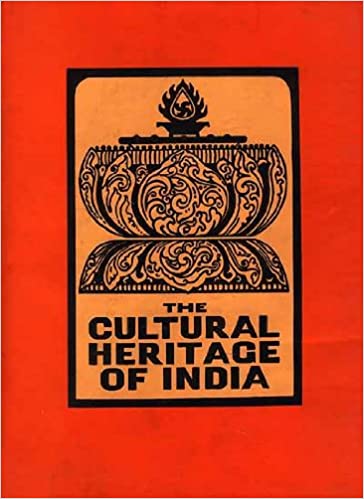 Cultural heritage is an asset that is inherited by the next generation from their parents and grandparents. There are two types of heritage, the tangible and the intangible. Both types of heritage are important to the society as they provide a connection to the past. Some heritages are purely intangible, such as art and culture, while others are based on tangible elements, such as buildings, landscapes, and traditions.

One of the most fundamental symbols of cultural heritage is the Great Wall of China. In addition to being a monumental structure, it is a representation of a national space that is not confined to a specific country. The wall symbolizes the memory of a people, who can evoke it at any time.

It is not surprising, then, that scholars in the architecture industry have devoted much attention to commemorative images. However, this is not to say that historic preservation does not have its own merits. For instance, it may be a worthwhile endeavor to refurbish an old house or two. Aside from restoring the aesthetically pleasing aspects of an aging building, heritage conservation can also be a useful tool in innovating architectural technology or making the most of a community’s historical resources.

Moreover, the world’s largest monuments are hardly representative of the total number of cultural heritage sites in China. That is why the state Cultural Relics Bureau of China, which manages the Comprehensive Pilot Project for Protection of Ancient Villages, has decided to include Eight Diagrams Village, a small village in the Sichuan province.

Cultural heritage is the legacy of the intangible elements of a culture or society, such as social customs, art, music, religion, and traditions. These intangible elements are often grounded in beliefs and spirituality, but also include traditional craftsmanship, performing arts, and representations. This article explores the relationship between these aspects of heritage and the concept of dissonance.

Although official heritage tends to be associated with positive evaluations of the past, there are also a number of cultural perspectives that question its meaning. Several different historical narratives have been presented as authoritative. In addition, the use of the past for present purposes has allowed for opportunities to challenge and reinterpret the concept of heritage.

A cultural nationalist position is a view that states that nations have a special interest in their cultural property. This view has support in international law and policy. It also asserts that all cultures contribute to the overarching human culture. The concept of national heritage has played an important role in the preservation of monuments since the 19th century.

In India, cultural festivals have played an important role in the preservation of culture and heritage. But how have the arts festival sector resisted the worst of the economic downturn? Several factors come into play. The copyright industry is one.

Copyright law protects the creator of a work. This includes the performance, sound track, lyrics, and literary work. As a result, the festival industry is saturated with copyright interests. For example, the music performed at early music festivals is usually unprotected. However, recordings may be sold at festivals.

In the same vein, the art festival field is not without its copyright issues. Films are often shown in live performances. These include public encounters with actors and directors, and workshops. Live events can also distinguish a film festival from its everyday counterparts.

In addition, there is a fair amount of copyright confusion over which creative contributions are protected. Often, the producer and director of the film are the legal owners of the copyright. On the other hand, the recording producer may be the legal owner of the sound track.

Cultural heritage is an accumulation of intangible and physical assets, including social customs, beliefs, practices, and traditions. It includes things, such as monuments, works of art, and archaeological sites. Often, these cultural assets are used to foster lifelong learning and educational opportunities. Some of these assets are also protected under federal and state legislation.

Heritage is increasingly receiving scholarly attention worldwide. Archaeological sites, artworks, and cultural objects serve as an important component of a nation’s identity. But there are challenges in engaging with the past. Research methodology involves understanding how the past is presented to nonspecialists, as well as assessing the ethical and practical aspects of the collection and use of information.

Cultural heritage studies are a subfield of social sciences. It presents a range of methods for analyzing and valuing heritage properties.

Methods include stated preference, qualitative, and quantitative approaches. These methods may help to value cultural goods and identify potential impacts of heritage construction.